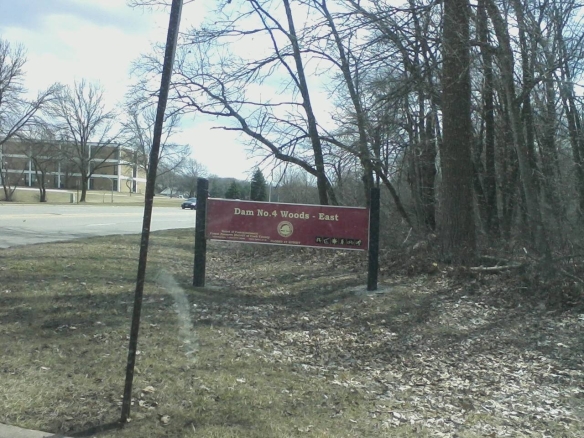 Okay, so Dam 4 does not sound very interesting. However, it’s a local forest preserve about 5 – 10 minutes from our house. We went there on Easter Sunday (March 31) to take advantage of the balmy 55 degree temps. Well, we had 30 mph winds, but it is Chicago after all. 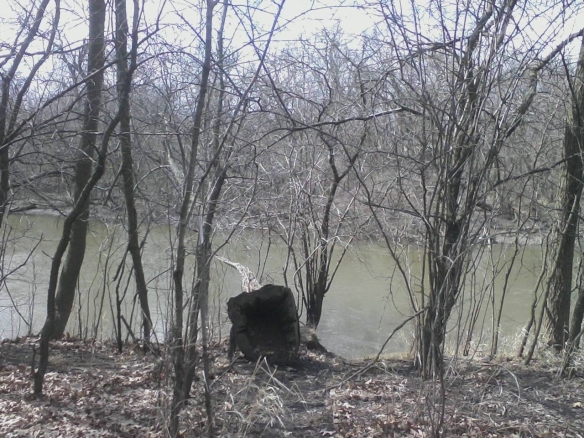 This is the Des Plaines River (see, another D) that runs through the preserve. No, not much to see as spring had not exactly gotten here yet, but at least no snow on the ground. 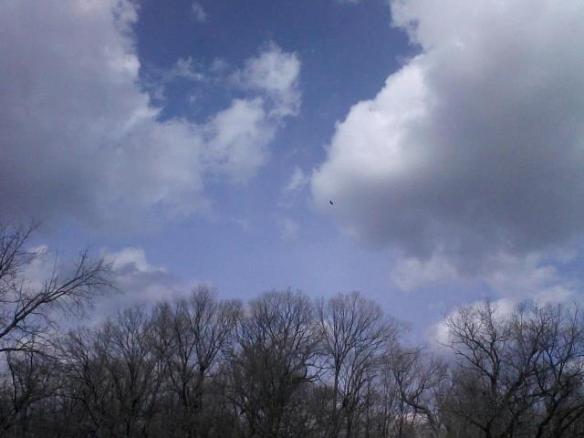 We did see a hawk in the sky. Now, it’s the dark speck in the pic that looks like dirt on your computer screen. Yes, at first I tried cleaning my screen too because I had forgotten that I took the pic of the sky for that reason. I know you can’t see much, but for a cell phone camera it’s not a bad pic of the sky, if nothing else. 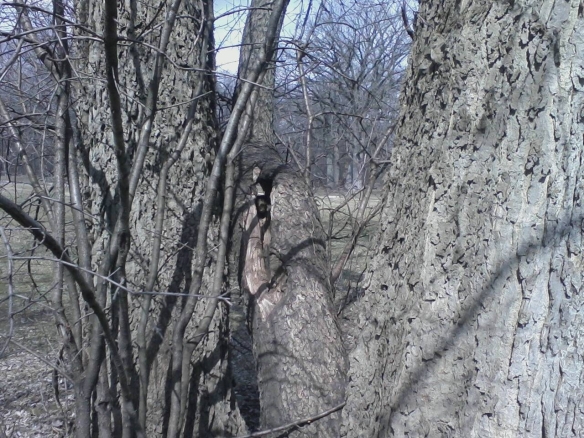 Why is there a pic of a gnarly tree? Well, there was a teeny tiny woodchuck or ground squirrel nesting in the small opening. Can you spot it? Look at the center of the picture and watch for the bushy, curled tail. It was hard to see in person too and we only noticed it because I was trying to get a pic of an adult squirrel that was circling the tree. 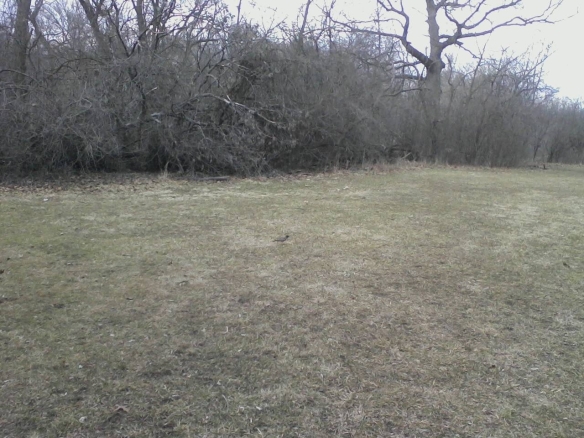 We saw robins too. If you look closely, there is one on the ground in the center of the pic. Again, this might not seem like much, but we can’t wait to see how the scenery will change with the season. Well, Tom knows, of course as he has lived here all his life and I only joined him last year, but I am glad he shares my love for nature. 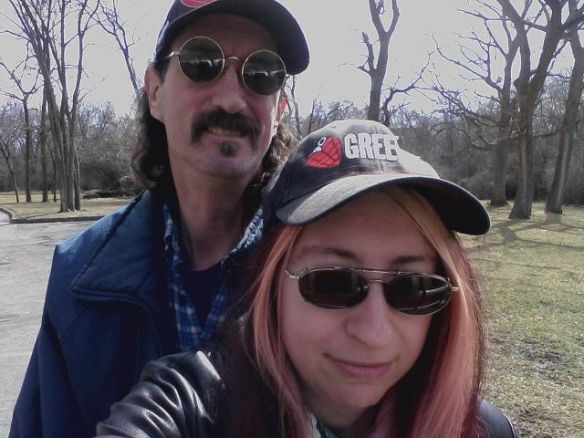